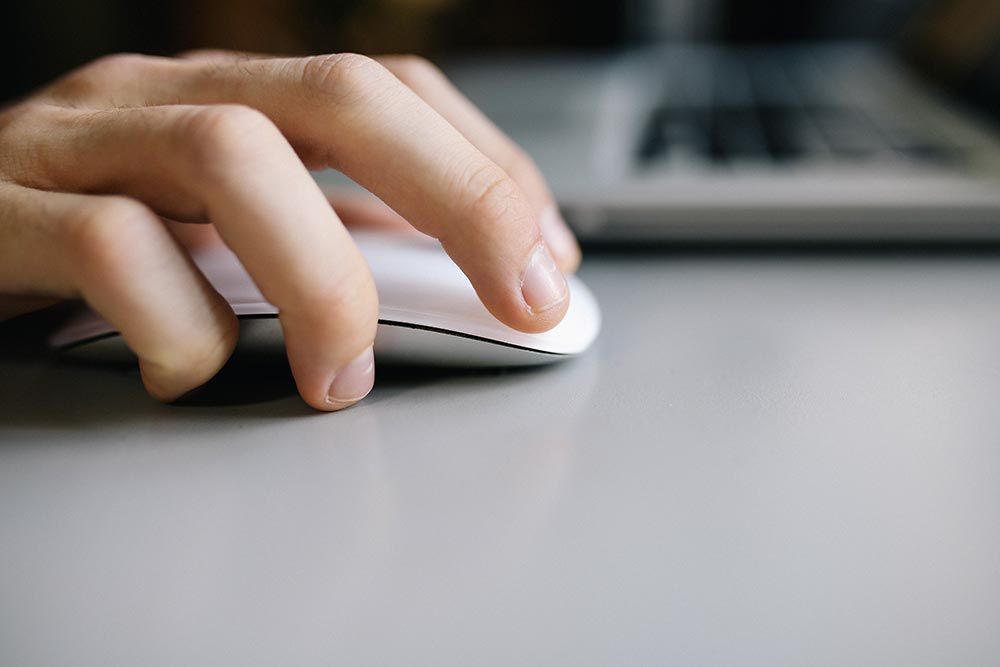 It might seem odd that Tagtom’s founder, Stephan Hardy, would embark on a career in computers after earning a B.A. (Honours) and an M.A. in literature.

In retrospect, the only indication that he might have a talent for programming was his ability to learn languages: he speaks English, French and German fluently, and pulls off Spanish and Italian with flair.

An examination of his childhood reveals at least one clear link between language learning and programming: you might say that his very first computer programme was a popsicle stick craft that he created in order to find the correct variation of the definite or indefinite articles in French (i.e. à la, au, aux, des, du, and de la).

Starting with two variables (a common noun such as garçon and a preposition such as à or de), the user answered a series of close-ended questions in order to determine the correct variant of the article.

The young FLS student had of course no inkling that he had in fact modeled his first algorithm. Just like natural languages such as French or German, programming languages require not only a knowledge of syntax and variables, but also expressions as well as functions (among which operators).

It would be foolish to assert that learning a natural language is identical to learning a programming language. But how else can you explain that, after enrolling in Red River College in 2006, Stephan passed his first Javascript programming course with flying colours?

After studying literature for many years and becoming fluent in French, English and German, Stephan Hardy – Tagtom Web Agency’s founder – embarked on a career in computers.

Indeed, he was only half-way through his first SEO contract when he decided to get serious about learning web languages: in addition to Javascript, he took courses in HTML, a markup language, as well as CSS. In addition, he showed an interest in graphic design, taking courses in Photoshop and Dreamweaver. A short while later he developed his first website which entailed implementing and managing relational databases (MySQL server) as well as a CMS (Drupal v.4.5).

After a decade of existence, the World Wide Web underwent a paradigm shift. In part, the presence of quality digital content, discoverable by search engines, was deemed not only important but would trump most other design or technical considerations. The implications of a content-driven approach were amplified further in 2009, a few short years after the term “social network” entered the dictionary…

In 2009, Google (and other search engines) made the decision to index social media web pages. In other words, the algorithm used to evaluate and rank web pages would now take into account tweets, shares and “likes” on Facebook, Twitter and other social media. In the video below, you can see Google guru Matt Cutts confirm his employer’s historic decision.

The ramifications were clear: the more a webpage was tweeted, shared or “liked”, the higher it would be ranked on Google’s search results page. What’s more, for the average website owner, the only way to earn a better ranking was to create a profile on the social networks and promote content and engage audiences as widely as possible.

For Tagtom, as well as other SEO and organic referencing specialists, Google’s decision meant making social media a part of the marketing strategy of a website and of the overall digital strategy of the organisation or business. It created entirely new professions : community manager and digital content manager. Predictably, marketing and human resources budgets exploded.

The ramifications were clear: the more a webpage was tweeted, shared or “liked”, the higher it would be ranked on Google’s search results page.

And it wasn’t enough to master web copywriting and image editing; video production, as well as editing skills using software like Premiere Pro were essential for preparing web-ready audio-visual content.

Today, few non-profit organisations or small businesses are able to find sufficient resources – either human or financial – to adapt their communications strategies to include social networks. Even fewer have found the means to educate themselves about the legal and ethical pitfalls of publishing on social media.

New tremors struck the digital world in the last quarter of 2010 when, for the first time ever, sales of smartphones surpassed those of PCs. (Sales of tablets would overtake PC sales in 2013).

Among those most affected by this event were web developers and designers, who now had a majority of their web content being accessed by devices having small or very small screens. Additionally, these mobile devices had download speeds much slower than Internet-connected desktops.

The first to respond to this challenge were large corporations. They had the resources to create multiple web sites or applications to cater to desktop, tablet and mobile screens, and they could easily assume the increased workload required for updating content. But this solution only made economic sense for organisations of a certain size.

The ideal solution – a single website that remained user-friendly and attractive regardless of the screen size used to display it – seemed utopic.

The ideal solution – a single website that remained user-friendly and attractive regardless of the screen size displaying it – seemed utopic.

Tagtom, like many other web agencies dedicated to non-profit organisations and small businesses, met this challenge by adopting the principle of “responsive web design”. Ethan Marcotte first mentioned responsive web design in a 2010 article on Alistapart.com, rejecting outright the then general tendency towards creating a specific website to cater each screen size. He proposed using media queries to re-size web contents according to the device being used to display them.

The tsunami of mobile Internet users presented a second major challenge: how were web developers and designers to deal with the slower download times of mobile devices and networks?

For web designers and graphic artists in particular, download times are critical when choosing and preparing photos and graphics for a website: fast download rates allow more, higher-quality images to be used.

SEO specialists were dealing with another concern: pages that take too long to display are more often abandoned by visitors, which explains why Google and other search engines started to give a lower ranking to such pages in search results.

But how were web developers to decrease download times without sacrificing the high-quality photos and graphics – in general much larger files than text and code –  that were indispensable for attracting and engaging visitors? The challenge was even more daunting since front-end frameworks required downloading scripts in order to make websites “responsive”.

There are at least three techniques for making web pages “lighter”:

To find out more about Tagtom, see the sections of this web site outlining our web development, digital strategy, digital marketing and web copywriting services. You can also ask for an estimate or have any of your questions answered by contacting us.